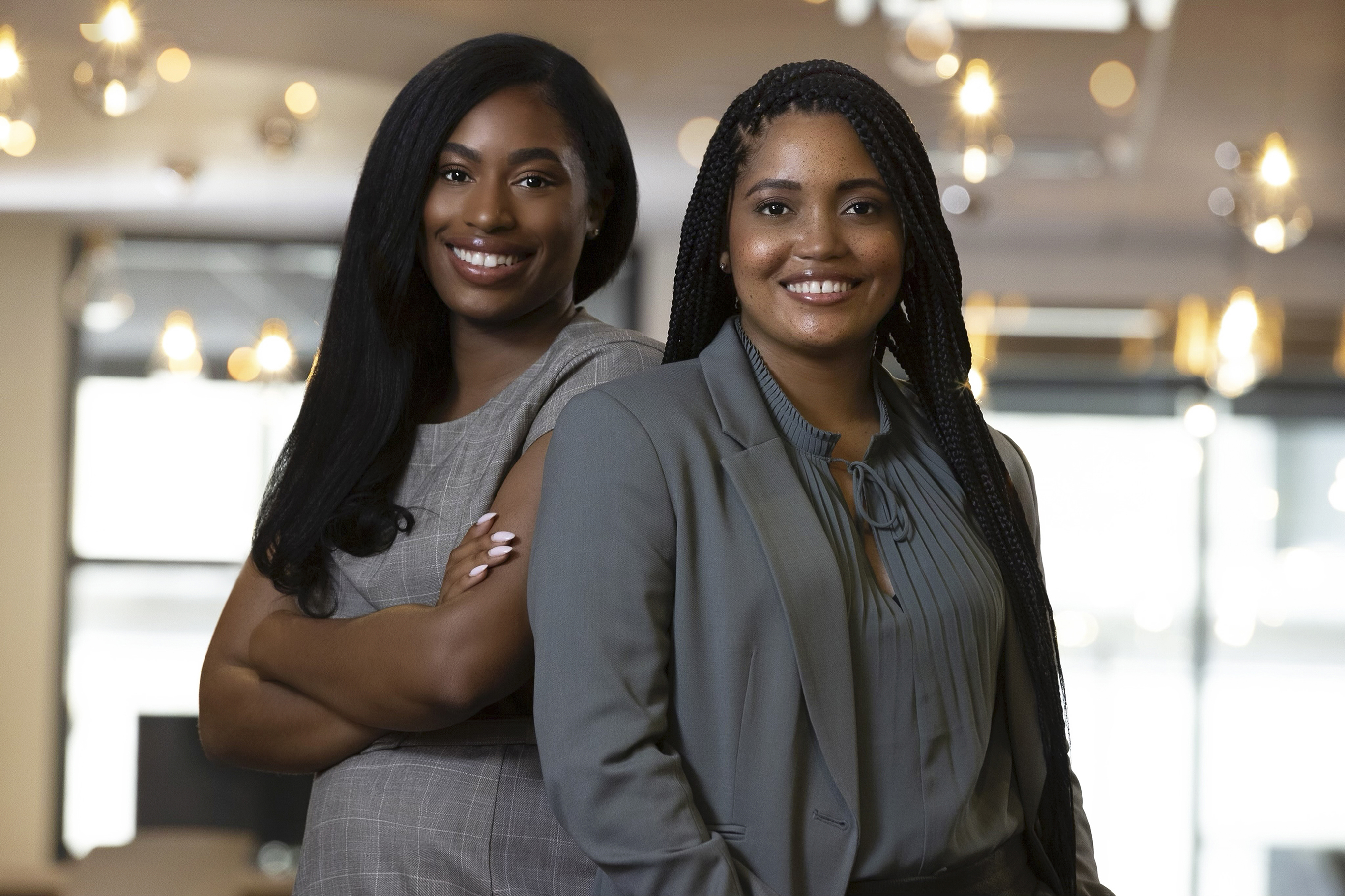 Who We Are –Wallace Turner Law

Earlier this year, Ketanji Brown Jackson became the first Black female Supreme Court Justice in U.S. history. It was a remarkable moment for Black women, a reminder of the limitless potential we all possess to achieve great things—as long as we’re willing to pursue the opportunity to do so.

As Judge Jackson once said, “Be open to new ideas and experiences because you never know when someone else will have an interesting thought, or when a new door will open to take you on the journey of your dreams.”

For Kimberley Wallace and me, Raysheea Turner, this advice is illustrative of who we are as individuals, but also who we’ve become together as our firm, Wallace Turner Law.

We both grew up differently, but also very similarly. Kim was raised in Kingston, Jamaica, then moved to my home state of New York when she was 17. Our teenage tastes weren’t the same, but eventually, we both developed a love of style and fashion. And as young women of color, we were both surrounded by society’s reminders of our limitations, but our families rejected these confines, instead assuring each of us that we were destined for great things—and could be whoever we wanted to be.

We took these beliefs to Russell Sage College in Troy and Albany, New York, following different educational paths, but pushed forward by one solitary thing: the desire to make a difference. We wanted to have an active role in the change in which we sought and ascend to a place where driving change—for our communities, for Black women—was indeed possible. This was the object of our determination and, through separate circumstances and decisions, led us both to earn law degrees and become working attorneys.

We were on the same track, but we didn’t know it—because we’d never met.

This changed after a chance meeting at the Renaissance Albany Hotel in 2019. After some introductory discussion, we learned that we were each working as Assistant Public Defenders, but wanted much more—for the people we could serve and for ourselves. We needed to be accessible for the people in our community, full of individuals who longed for legal representation that understood where their clients came from, and had needs for a “forever attorney” throughout both good and bad times.

And as strong Black women, we wanted to stand on our own, show what we could do, and be bold—as the bosses we knew we could be.

This is the thinking that opened the doors of Wallace Turner Law in 2020. Our mission continues to be simple: help a broad range of clients throughout the Capital Region achieve their highest goals. Focused on the practice areas of business and real estate, we’re rooted in our initial aim of making an impact, whether it be for first-time homeowners going through a complicated closing, or supporting diverse equity inclusion via ambitious entrepreneurs starting their first business.

How we do this isn’t uniform. It’s continuously evolving with the needs of our clients, whether through virtual consultation, in-person representation, or a hybrid of both. Wallace Turner Law is a creation of the times we’re living in. Forward-thinking and forthright, we’re an entity galvanized by our journey and eager for the days ahead. This is a time when female professionals are shouldering more responsibilities than ever, yet are continuing to break through boundaries—and doing so unapologetically.

We’re proud to be part of these times, and we’re excited to use our experience and enthusiasm to help guide our clients toward a bright, limitless future. How it all came together for the two of us is still fascinating to us both, but when I think about the “how,” I come back to that quote from the Honorable Ketanji Brown Jackson about being open to new ideas and where it could lead.

Who we are today is because of what we were open to become, all to have a transformational effect on the lives of others. That’s where we started, and together, that’s where we’re going as Wallace Turner Law.